The truth about Getting Married in India

In this article we will take a look at the truth about getting married in India and some of the cultural and social barriers people face.

Getting Married in India : Complicated by Culture

India once fought for its freedom from the British Empire. However, sections of the Indian population are still fighting for their own freedom in many ways. Especially talking about Marital Freedom. India does not have a good track record for this.

Marriages in India are a social event. Two people marrying is such a big deal that it is often a cause for celebration or discontent between families. Marriages are a big part of the Indian culture. But this importance also brings some taboo in the concept of marriage.

People’s religion, caste, gender all have a big say in weddings. Strict religious, societal and cultural norms are in place. Two people marrying is a subject of interest of thousands of people, when it should just be about you and your partner. But relatives, friends, families, everybody decide what is good for you or not, which makes difficult for people to get married to their loved ones in India. Let us take a deeper look at the barriers to getting married in India.

Firstly, we talk about the most sensitive topic about marriages in India. People of two different faiths marrying. Indian society still faces the problems of discrimination. Discrimination based on Religion, Caste and Creed. This is a barrier for young, and forward thinking Indians. Social taboo around Interfaith marriages in India is not just on a cultural level. It is a topic of nationwide political discussion.

Although Interfaith marriages are legal, there is simply too much taboo and stigma around the topic. Most couples still rely upon special marriage acts. For instance, under the Special Marriage Act of 1954 couples are able to get married without one person changing their religion.

In addition to that, each religion has its own special marriage acts. Such as the Hindu Marriage Act of 1955 and Muslim Marriage Act of 1954. In general, Interfaith marriages is still a very alien concept to the Indian society, one that disagrees with the sentiments of Indian cultures.

The LGBT community in India is going through a transformational period. People are raising their voices against discrimination and hate towards the LGBT community. Modern Indian society encourages people to get out of closets, and demands more representation and equality. We can definitely see positive steps in the society. However, the Indian legal system is still lagging behind.

Same sex marriages do not have legal recognition in India. Same-sex couples have limited rights such as a civil union or a domestic partnership.

Gay marriage is still a criminal offence under section 377 of the Indian Penal Code.

This will be shocking to many westeners. But India still has a wide practise of Arranged Marriage. Of course, there are sections of the Indian society where this has become completely normal, but overall, people still prefer Arranged marriages because of their social

On the other hand there is the concept of love marriages, which most families oppose to. A modern concept to the Indian culture’s eyes, love marriages are the marriages where the bride and groom marry each other by their own choice. Not for religious and family reasons, but the reason of being in love with each other and wanting to start a family together.

Getting Married in India past these barriers

Young Indian couples who want to marry for love are facing the problems that we discussed above. Such religious, social and cultural barriers do not make marrying in India an easy task at all. In fact, marriages are not as much of a personal affair to people in India as it is in the Western culture. Marriages of a couple is a family affair to Indian people. We will find that most people spend their life savings on lavish weddings because it is the most important event in one’s life.

But, marriages are about the two people who are marrying out of love for each other. They need the freedom to marry as they wish. This does not seem easy and practical in India.

We at Marry in Denmark understand these hurdles. I personally want to help Indian couples who wish to marry despite all these barriers. And to those couples, there is good hope in Europe. Marrying in Demark.

Marrying in Denmark is the best alternative!

Denmark is a dream destination for Indian couples to marry. Firstly, we do not have to worry about any social and cultural hurdles. Marriying in Denmark is open to people. Regardless of their faith, religion, sex, you can marry the love of your life in Denmark.

Secondly, it is super easy to go through the legal process of marrying in Denmark. Just take a look at this video for instance, where me and my husband Bharat talk about how Indian couples can marry in Denmark in just 10 days. Especially for Indian couples who find it hard to marry in India.

Feel free to reach out to me on Instagram

I have a lot of experience in helping couples marry in Denmark. If you and your parnter are struggling to marry in India for any reason, feel free to reach out to me. I am open to having a discussion to understand your problems better. And we can find a solution for it.

You can also book a FREE Consultation call with me, Alina. Check out this link below!

Feel free to reach out!

I wish to help more Indians overcome these hurdles and marry the love of their life. Marriages are about you and your partner, entering a new phase in life. It is a joyful experience with lots of hope and love. It should not be about difficulties. Marrying in Germany was no easy task either. This is why me and my husband chose Denmark.

Feel free to reach out to me. You can write an email to me, drop a message to me on Instagram. You are also welcome to schedule a consultation call. Marry in Denmark is here to help you through the tough time. Your marriage should be a beautiful event, and we will help to make sure that it is! 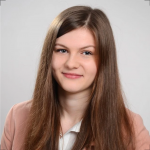 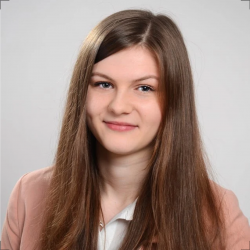